I have been traveling (mainly for work) for many years and have picked up a few ‘tricks’ over that time.  Below are a few suggestions if you can’t seem to get a decent airfare to get to get to Spanish Wells. 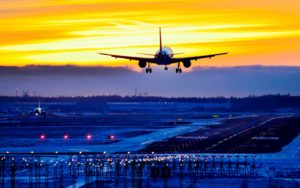 1. DON’T BOOK TOO FAR AHEAD – The airlines typically have some of their highest fares more than 3 months ahead of time.  Unless it is Christmas, Spring Break, Thanksgiving or some other high demand time, the fares usually drop about 6-8 weeks ahead of time.  You can use Google to track fare changes and get an email every time the fare changes.  For a large group, sometimes it makes sense to ‘hedge’ your bets by booking some earlier and some later.
2. DON’T BOOK ALL TOGETHER – if you have a large group, it usually does not make sense to book all the seats at one time.  Typically the airline has several lower priced seats available and then releases more as time goes on but if they see 10 seats getting booked at once, they may not release those lower fares until a week or so later.
3.  CONSIDER FLYING TO NASSAU –  consider flying to Nassau and taking a local or charter flight up.  Sometimes the fares to Nassau are quite a bit cheaper.  Pineapple and Southern Air fly between Nassau and North Eleuthera (ELH) and the tickets are about $90 each way.  The only issue is that they only allow 1 bag each (remember, we have laundry and you are coming to the beach…you don’t need much).  Also, they are small prop planes.  The flight is only 20 minutes.  As well, if your incoming flight is delayed, you will lose your ticket but you can buy a refundable fare for $20 or so more.  There is also a local charter called Bahamas Hoppers.  They can pick you up in Nassau and bring to you ELH.  They can take 5 people and they charge about $700 per flight…and you don’t have to worry about making a connection because they are only for you.
4. TAKE THE FERRY UP.  There is a great ferry service that leaves from downtown Nassau at about 8am and arrives just after 10am to the dock in Spanish Wells.  The only issue is that you will have to spend a night in Nassau and those hotels can be expensive.
5. FLY A DAY EARLY – Fly a day early into FLL or MIA and stay a night at an airport hotel.  The airport hotel rates at MIA are reasonable.  The ones in FLL can be high because of all the cruise ship traffic.
6. TRACK FARES WITH GOOGLE FLIGHTS – Google Flights will let you track route fares and will send you an email when the fare drops.  You can set up a number of trackings to not only track to/from nearby airports as well as alternate dates
7. TAKE A CHARTER FROM FLL EXEC – I have never done this but I know some others who have gotten a great rate into FLL and taken a charter from Fort Lauderdale Exec airport  Aztec Airways actually has scheduled flights and they do charters as well.  There are a couple of others that do charters.  Note that it probably only makes sense to do a charter if you have a group.
8. FLY TO GOVERNORS HARBOUR – GHB is at the center of Eleuthera.  It is about a $100 taxi ride up to Jean’s Bay (where the water taxi goes across to Spanish Wells).  Sometimes the fares are less expensive into GHB versus ELH.
9. CHECK TO SEE WHICH LEG OF YOUR FLIGHT IS EXPENSIVE – Check the individual legs of your trip by checking the one way fares.  It may only be one of the legs that is causing the high fare so you could consider returning from Nassau or GHB (because maybe it is one side of the leg that is costing so much).
10. COME A DAY EARLIER AND/OR LATER –  Certain days are really busy (especially Saturdays).  You might be able to lower your fare by coming in a day earlier and/or leaving a day later.
11. BOOK LEGS SEPARATELY – Although it is rare, I have occasionally saved several hundred dollars by booking my trip as two one way fares rather than as a round trip.
I hope these help.  If you have any other (legal) suggestions, please let me know and I will add to the list.